Muskego Chiropractor: In terms of blood pressure, millions of Americans may be falsely labeled as ab 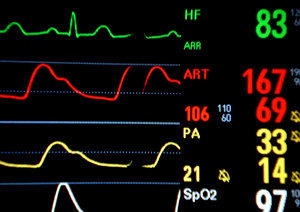 Muskego Chiropractor Weekly Health Alert: Millions of Americans may be falsely classified as having high blood pressure, according to this study. Brent Taylor and his colleagues from the VA hospital in Minneapolis and the University of Minnesota. Their findings show no difference in mortality rates when compared with those of people with ‘normal’ blood pressure, less than 120/80.

The authors reviewed the National Health and Nutrition Examination Survey, which enrolled participants from 1971 to 1976 and observed them for twenty years. Using the data from 13,792 of the participants, the authors focused on DBP, SBP and long-term survival.  Taylor’s team studied data on 6,672 adults examined during a study which ran from 1959 to 1962, carried out during the first National Health Examination Survey, seeking the distribution pattern of untreated blood pressure in adults in the US, sorted by age.

Just measuring SBP, they found that people over 50 with levels over 140 were more likely to die a premature death. A DBP above 100 is linked to increase in premature death  specially in those below the age of 50. The authors want a redefinition of ‘normal’ blood pressure levels.

Dr. In conclusion, Taylor stated that their findings showed that the method of defining “normal blood pressure” would have an impact on millions of Americans. He asked if the condition should be defined as “abnormal” even though they were unable to obtain reliable results in a study that followed a large group of individuals for almost 20 years. He went on to say “this kind of approach” is critical to ensuring that only people with elevated risk factors and those most likely to benefit are given diagnoses.